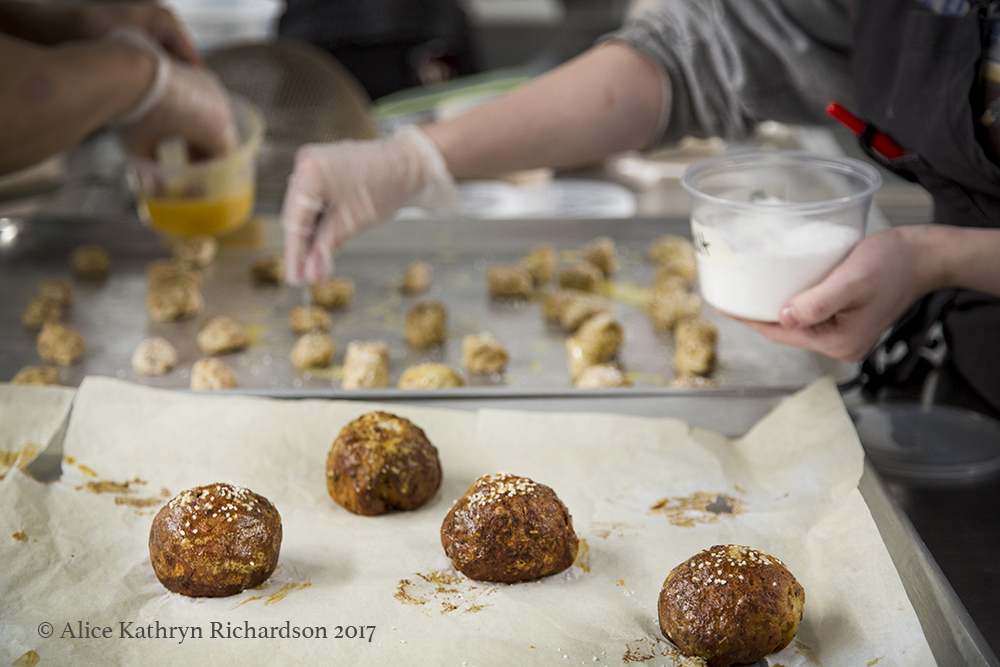 Tonight is all about product optimization. That’s what Sam Burgess, one of the co-founders of OURgrain, calls two hours of cooking in the incubator kitchen at Hope & Main in Warren, Rhode Island. According to the communal kitchen schedule, the four bakers only have two hours to get through five recipes. Half a dozen oatmeal cookies and half a dozen chocolate toffee cookies are being thawed and are waiting to go into the oven. Freshly made dough for pretzel bites is being kneaded on the left side of the kitchen while salt is sprinkled over unbaked pretzel bites on the right. The large pretzel rolls are already baking in the oven. 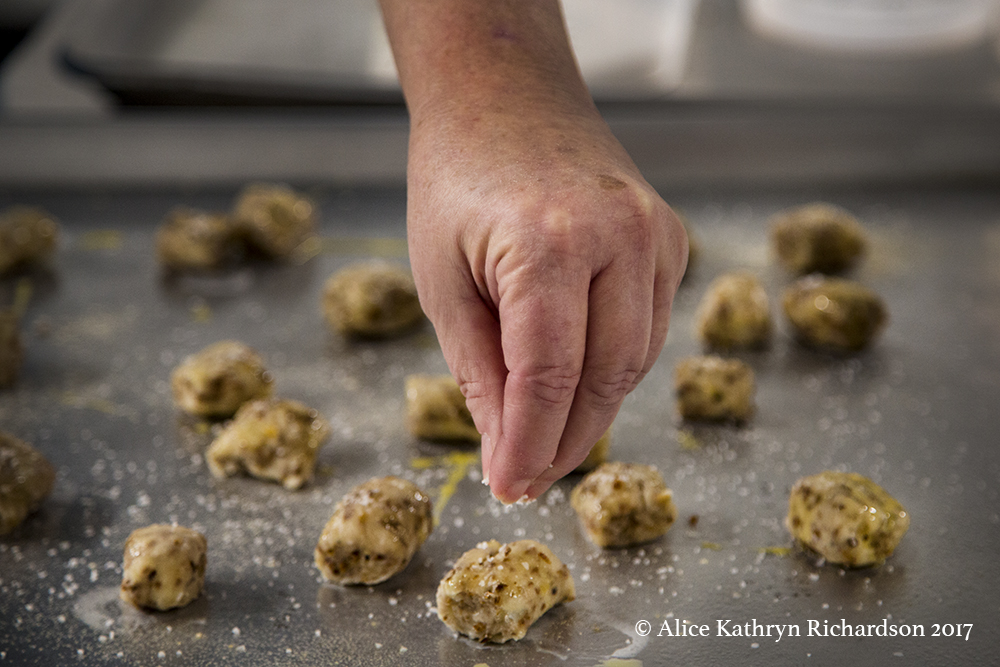 OURgrain is a food sustainability startup based in Providence, Rhode Island, that creates nutrient-packed alternative flour from brewers’ spent grain (BSG), grain that is leftover from the brewing process. Breweries use barley, rye, wheat, and sometimes corn to make beer and malt liquor, and at the end of the brewing process, the by-product is usually thrown out or given to farmers for livestock feed. It is estimated that BSG contributes approximately 50,000 pounds to landfills each year. 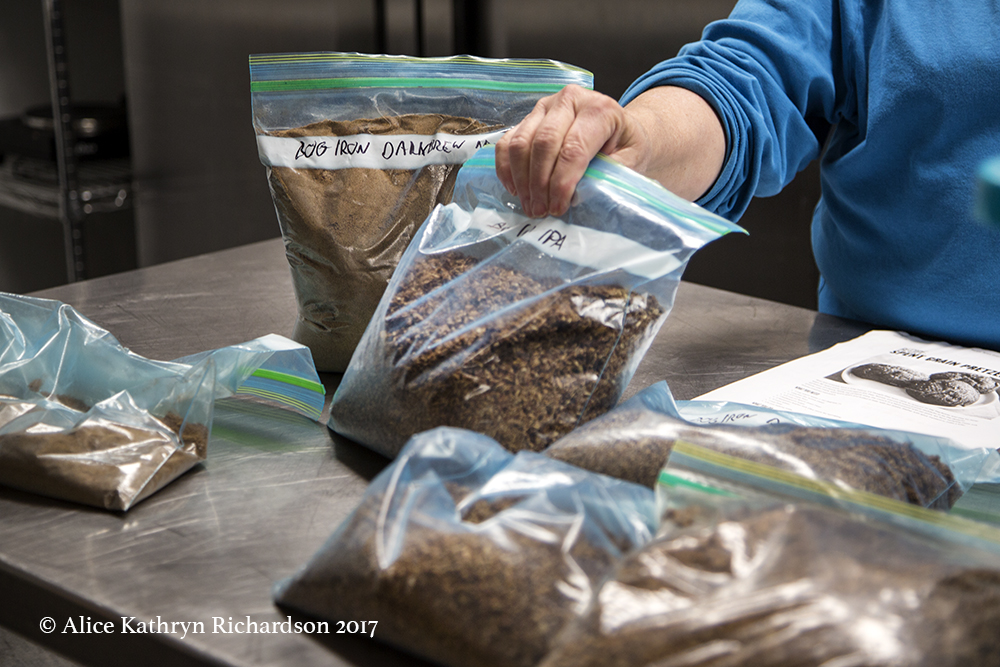 As President and Vice President of the Johnson & Wales University JBrew Brewing Club, Burgess and OURgrain co-founder Ray Holloway saw firsthand the BSG waste and wondered how else it could be used. Once the grain has gone through the brewing process, most of the carbohydrates and sugar are extracted, leaving the grain with a majority of fiber and some protein intact. Burgess and Holloway contemplated up-cycling the spent grain into other products, and they put the idea to the test. They assembled a team and a 20-page proposal, and presented their idea at the Research Chefs Association’s first annual Evolution of Food Waste competition. They won first place, and decided to create a real business and make a positive change with their products.

All seven of the OURgrain co-founders are currently in the culinary nutrition and food science or food service entrepreneurship programs at Johnson & Wales University. Co-founders Samantha Gannon transferred to a vocational high school for culinary arts to finish her senior year, and Victor Eng worked in fine dining establishments to develop his passion for the culinary arts. Earlier today in their Product Development Lab at JWU, they experimented with freezing and thawing cornstarch, and they mull aloud over the taste of the gloopy paste from each of the four corners of the kitchen.

Three of the OURgrain co-founders are absent today, so that means the remaining four must conduct product optimization and experiment with five new recipes alone, bringing the OURgrain product list to a total of thirteen. OURgrain has successfully used BSG flour to make scones, animal treats, pretzel bites, cookies, chips, and more. BSG has more protein and more fiber than regular flour, and the dough becomes more tender as more BSG is used because there is less gluten in it. “We essentially made a new ingredient,” says Eng, “so it’s whatever you can think of!” OURgrain sees an endless market for these products. Product optimization at Hope & Main is really just testing to see what, if anything, they can’t make with BSG flour. 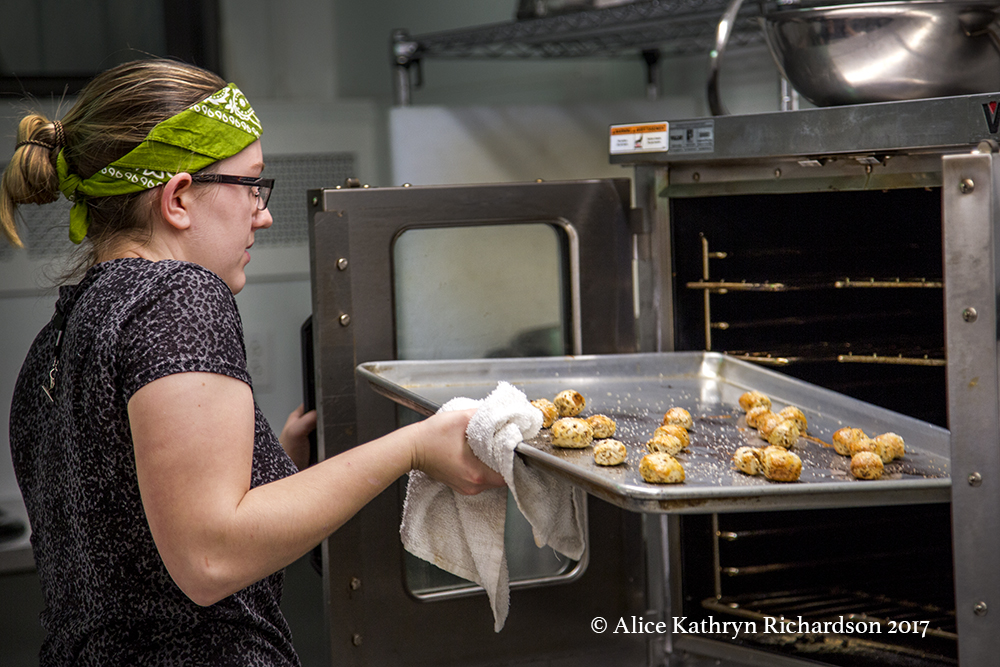 It’s gone well over the past month that they’ve been using the commercial kitchen, but the co-founders know that the biggest obstacle will be creating the new food safety standard. Using BSG for consumables requires new food and safety regulations that not only apply to OURgrain but to all of the breweries that they work with. If the BSG is not handled and stored properly, it can harbor and be exposed to foodborne pathogens, which would make the food unsalable. They need to set an operational plan with the state of Rhode Island, which will become the standard for BSG processing in the state. 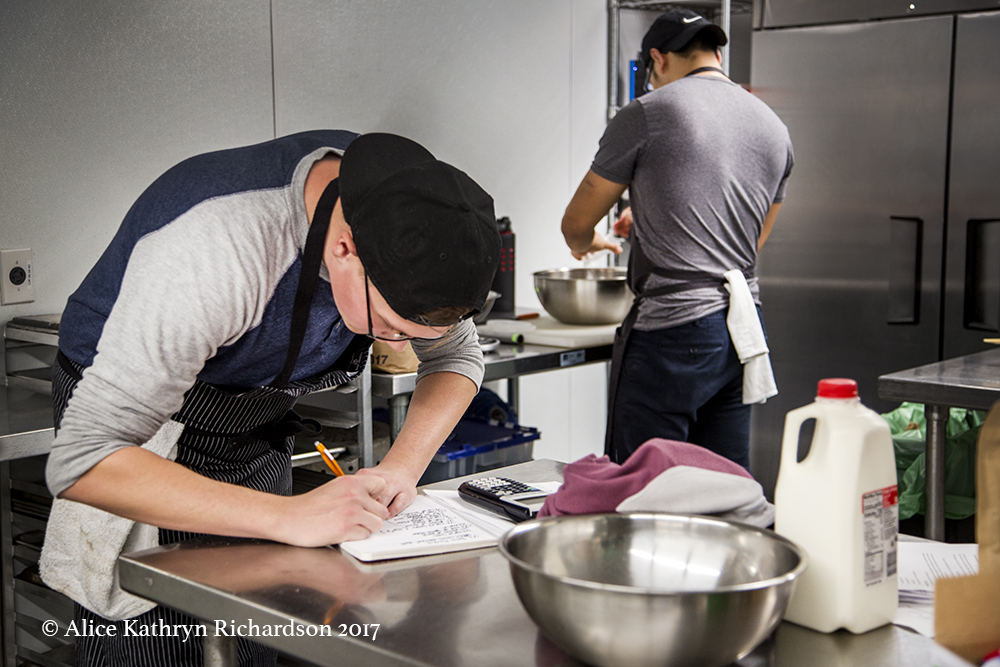 Currently, OURgrain collects the BSG from local breweries, such as The Guild in Pawtucket, on the day that they brew so that they can ensure that the BSG is handled properly. OURgrain can process up to 30 gallons of BSG at a time, and they hope to be able to process even more. But that one-to-one method isn’t scalable, and it won’t be practical as the company grows.

“We wanted to be sustainable by reaching out to only local breweries,” says Gannon. “That’s why we chose the name OURgrain: sustainability is all of our responsibilities, and staying local and community-driven is the best way to start,” says Burgess. “Food waste is such a big problem that we wanted to do our part,” says Eng. OURgrain’s goal is to develop and produce delicious consumable goods while being environmentally conscientious, but most important is to share and educate others on food sustainability. Over the next two months, OURgrain will work with local breweries and the state of Rhode Island to put a new safety standard in place, and hopefully they’ll be selling their products by February 2018. 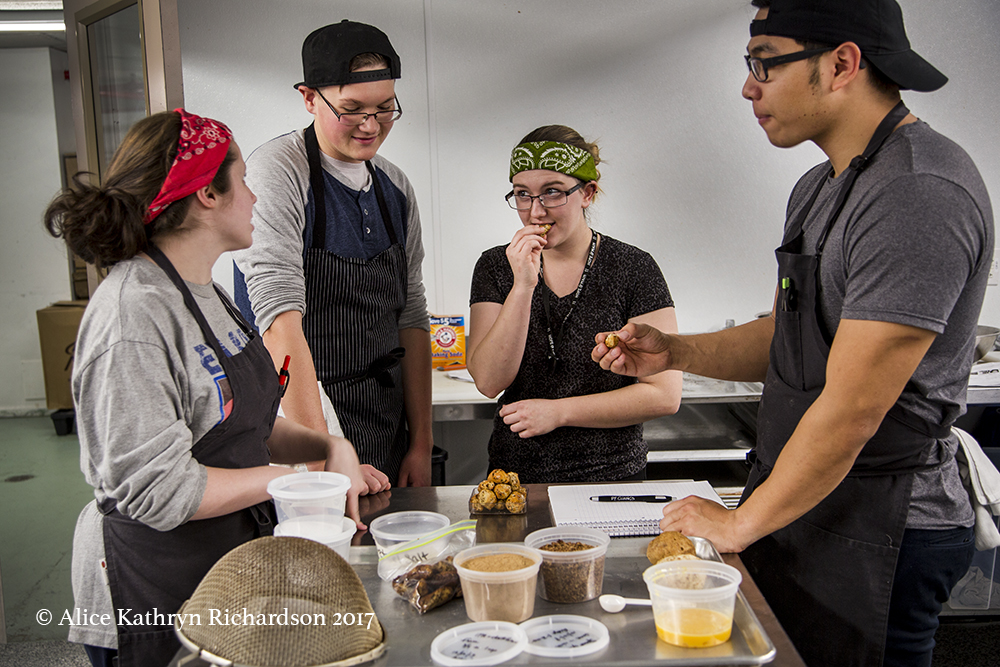 Now that OURgrain is working out of a commercial kitchen and they are in the final stages of commercial licensure, they’re stepping up their game and finalizing products. Down the road, OURgrain hopes to partner with local restaurants and bakeries to feature their own goods using BSG, as well as dreams of partnering with the baking industry giant King Arthur Flour. But first, there will be long talks about safety standards, and microbiology homework, says Burgess.

SUPPORT OURgrain BY CONTRIBUTING TO THEIR KICKSTARTER. OURgrain is raising money to help with the cost of product development, sourcing ingredients, equipment, time spent in the commercial kitchen, and administrative fees like licensure and insurance. OURgrain isn’t selling their delicious goods yet, so contribute to their kickstarter to help get their great products on shelves across New England!