Scallions, sometimes called green onions or spring onions, are little onions that haven’t finished growing into large, mature onion bulbs. Scallions are milder in taste than fully grown onions, and they’re just now being harvested. Parsnips, however, are at their end for the year. They grow in late summer/early fall, and many farms overwinter them. While we’ve got both for the next week, try these potato parsnip scallion fritters!

I also just added a new staple to my pantry: ghee. This clarified butter is non-dairy, has a high smoking point, and adds tremendous flavor. I bought it from Full Moon Ghee out in Western Mass. They make an original, unflavored version, and four other versions that have sweet or savory flavors added. I used the Rosemary Garlic flavor for these fritters. 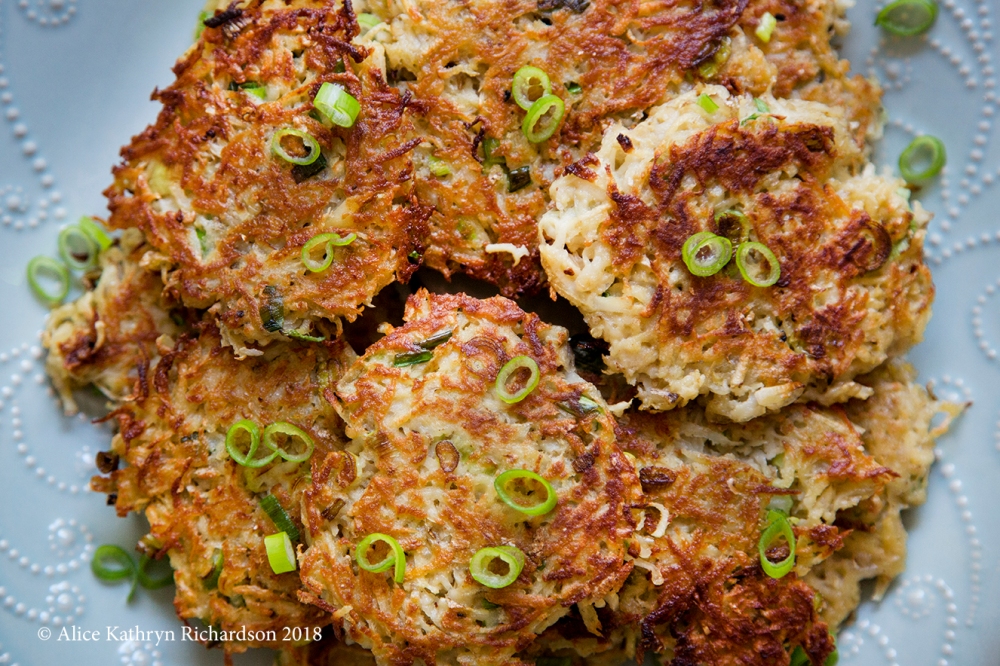 salt and pepper, to taste