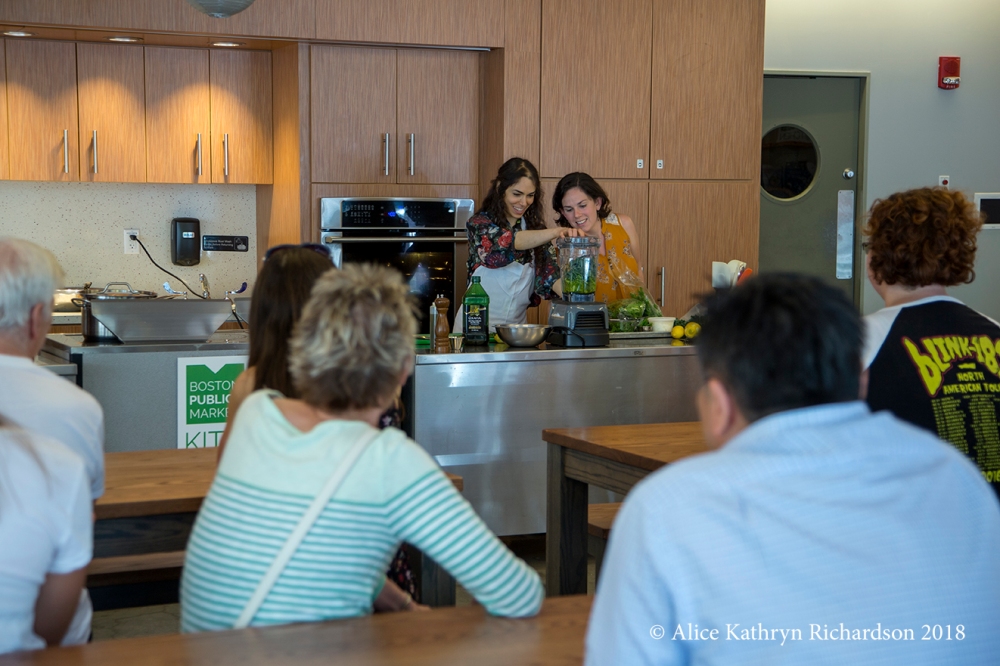 The word “pesto” comes from an Italian word meaning “to pound, to crush.” This refers to the method of making pesto from crushed basil leaves and crushed garlic cloves. Last Friday in The KITCHEN at the Boston Public Market, Stillman’s Farm set up a test kitchen to try out three different kinds of pesto. Some of the pesto had no basil at all and some of the pesto had tomatoes, which is uncommon in the United States but traditional in Sicily. All of the recipes used seasonal, locally sourced ingredients grown at Stillman’s Farm or sourced from other local vendors in the BPM.

Stillman’s Farm is a family-owned farm with locations in Lunenburg, MA, and New Braintree, MA, and has been growing produce with a mix of organic and traditional practices for almost 40 years. They have one of the best CSA’s in Boston, and they grow the largest variety of produce of Boston-area farms. Right now at Stillman’s Farm, they are growing lots of garlic scapes: long, curly, green stems of the garlic plant that grow before the bulbs have formed. Scapes are harvested in June to encourage bulb growth, and by July, the bulbs have thickened and are ready to be harvested. 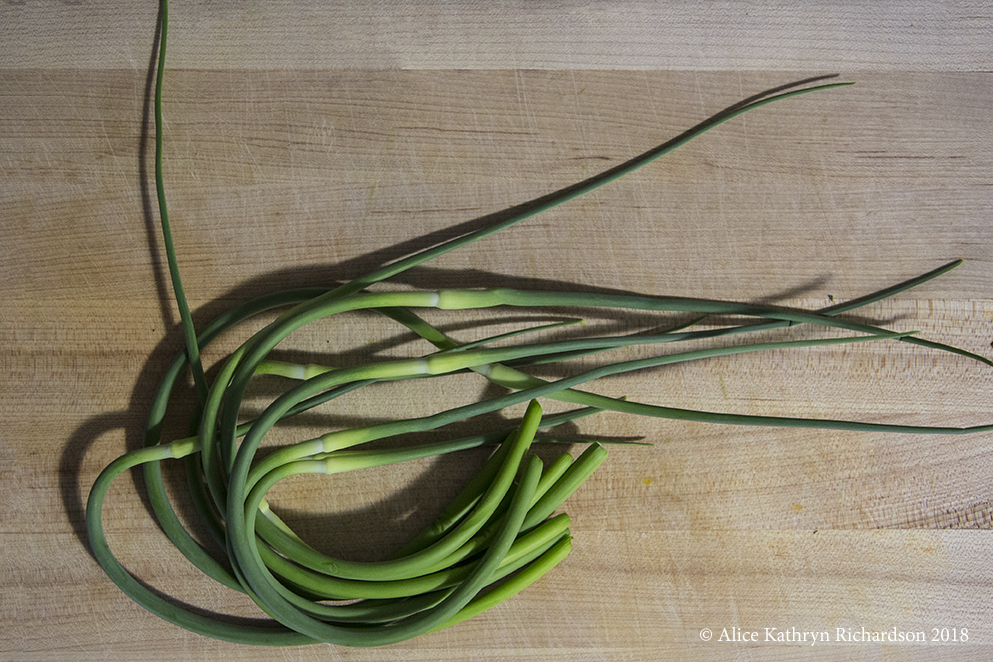 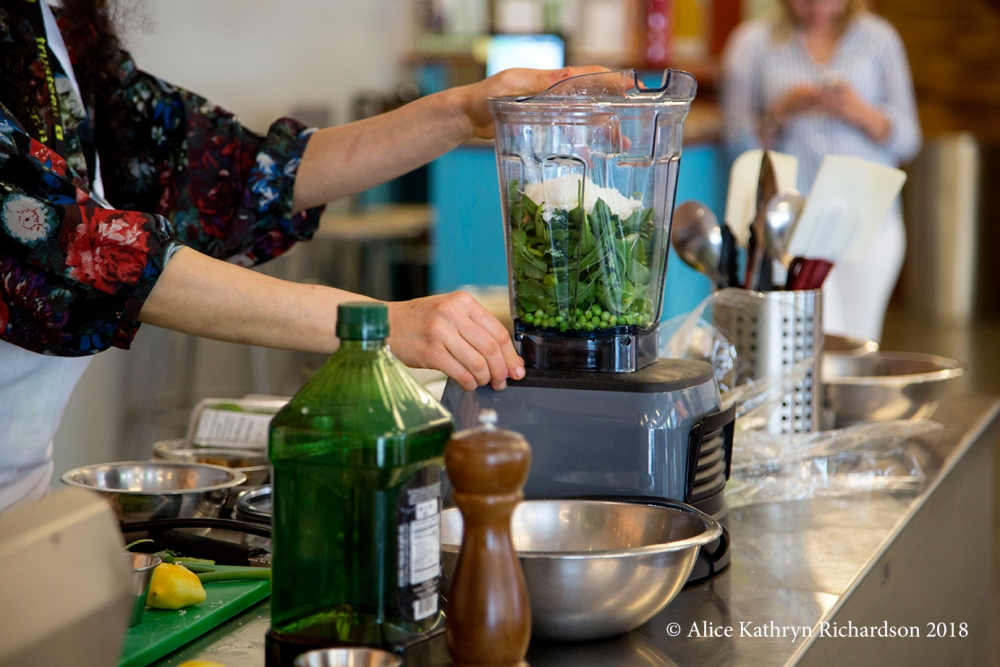 Scapes are very potent and have a sharp garlic flavor. You can boil them to soften their flavor or you can toss them straight into a pesto, as Shadeah Suleiman, manager of the Stillman’s Farm booth at the BPM, did in the test kitchen. Shadeah made the first pesto using kale, scapes and asiago, then served it over sliced fingerling potatoes. The second pesto was made from peas and pea shoots, another June favorite. Along with arugula and toasted hazelnuts, Shadeah used it to top crostini. The third pesto was made using tomatoes, basil and asiago, and tossed with fresh campanelle pasta. 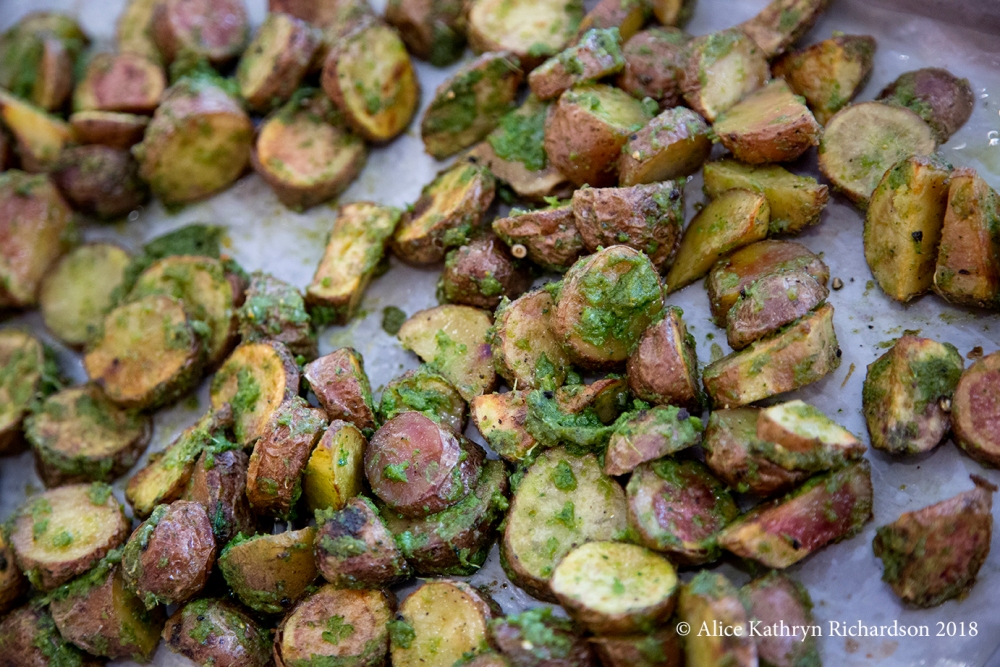 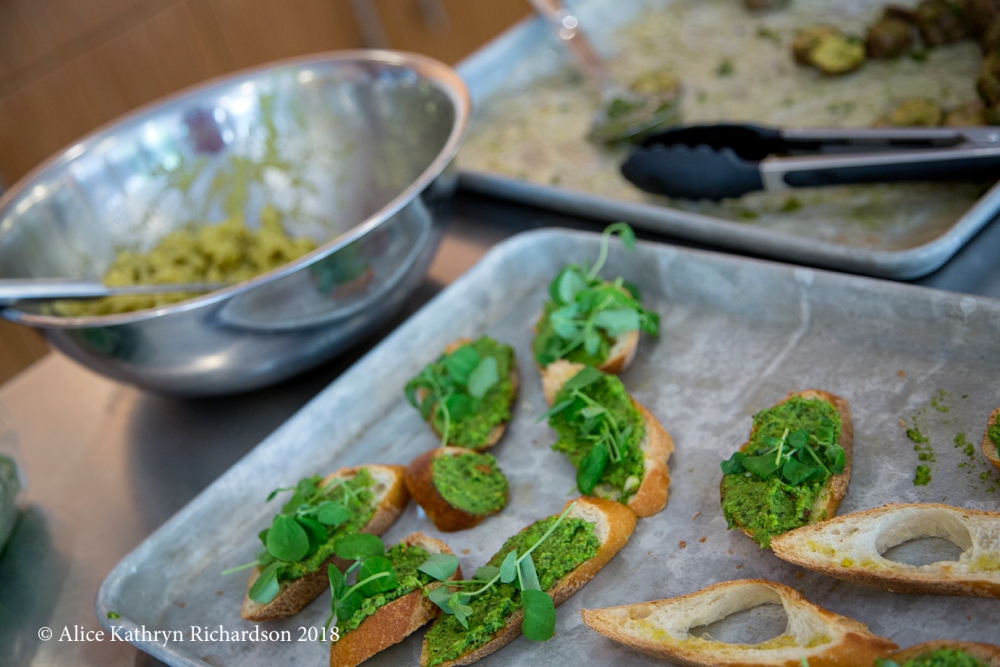 No matter what kind of pesto you’re making, give garlic scapes a try! Most people aren’t sure how to use them, so get your feet wet with easy-to-make pesto. Pesto only has a few ingredients (unless you want to get fancy with it!), and it all goes in the blender. Homemade pesto keeps for up to a week in the refrigerator and up to 4 months in the freezer. Take the spring to experiment with pesto recipes, and try substituting garlic bulbs for garlic scapes in the summer!

Stop by The KITCHEN at the Boston Public Market on Fridays from 12 – 1 pm for the free Market Test Kitchen. Check out the Trustees’ website for the list of rotating vendors in The KITCHEN.