The water comes to a rolling boil, bubbles up through a glass pipe and into the top chamber where it cools, condenses, and slowly fills. Michael bends a long wire and wraps it around the inside of the top chamber so that he can read the temperature of the water. After a few minutes of watching the water evaporate and re-form, he says that we have to start over. A watched pot never boils, and the top chamber just isn’t getting hot enough. 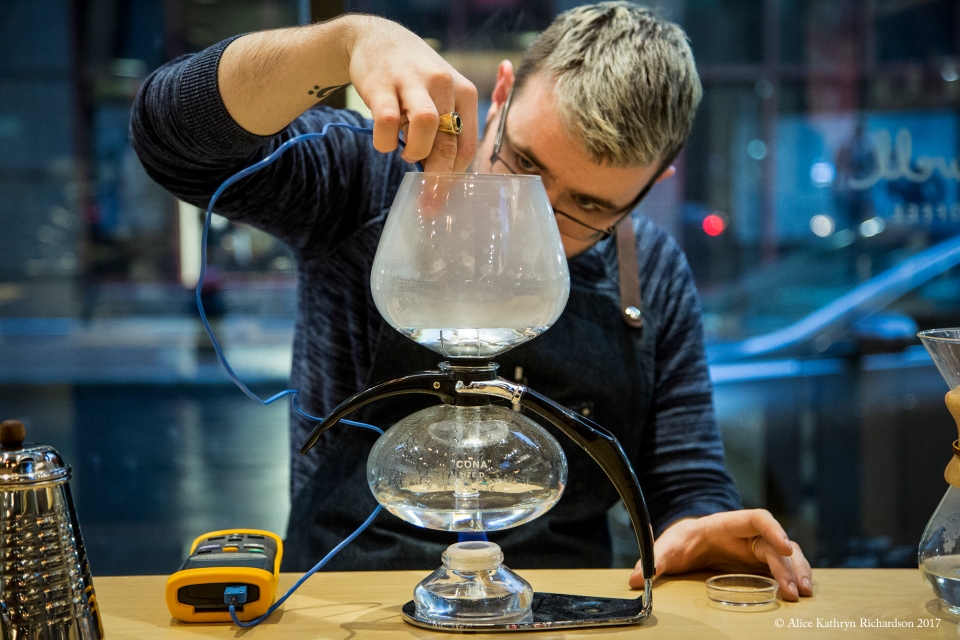 On a rainy afternoon last week, I stopped by the new George Howell Coffee location in downtown Boston where I met Michael Bullock, a specialist in retail and education for the company. He spends his time testing new products for the stores, everything from a Cona glass vacuum pot to new, locally sourced foods. The Cona coffee siphon we’re testing now takes anywhere from 7 to 15 minutes to make a double cup of coffee.

The coffee testing is set up underneath a large window in the store where passersby stop to watch. Before the table was covered in coffee equipment, it was covered with samples from half a dozen local New England food vendors: cheese from Amesbury, Mass., chocolate from Cape Cod, and carbonated maple sap from Underhill, Vermont. Michael spoons some honey onto my plate next to a sample of sourdough topped with cheese and sweet brioche topped with bacon. 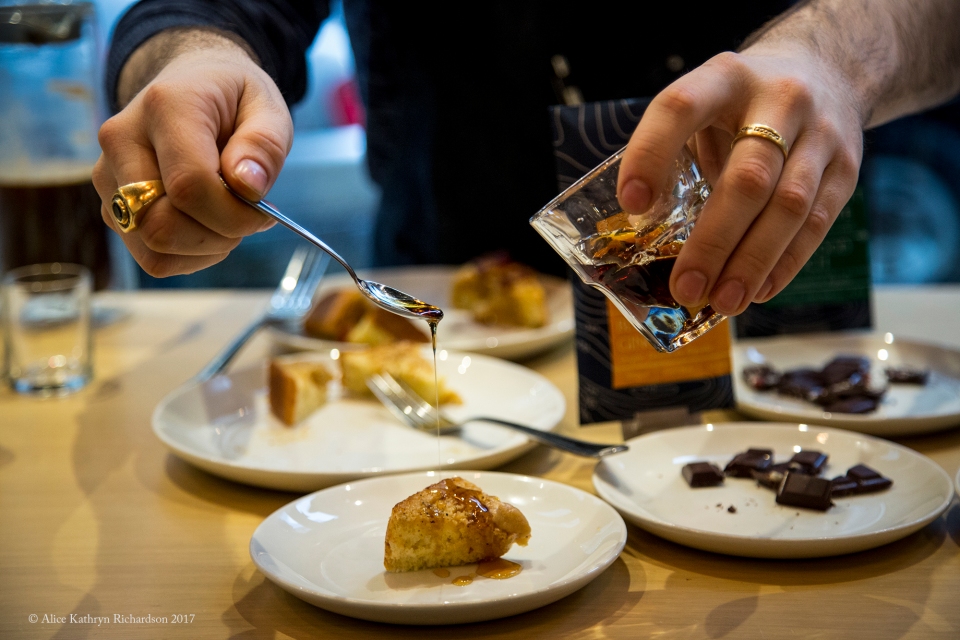 This local food demo was what had originally drawn me to the shop, and after sampling for a few minutes, one of the baristas asks me if I’d like to meet George. The George? He was standing behind me, waiting in line to order a cup of coffee.

George is attributed with kicking off the “third wave” of coffee in America. First there were instant and mass produced coffees (think the best part of waking up), then how-many-words-can-you-add-to-your-coffee-order specialty places, and, finally, drinking coffee like a fine wine. At the instigation of coffee pioneers like George Howell, people are paying attention to the sourcing of beans, the intricacy of roasting, and new brew methods.

“The challenge here is to get people into black coffee,” George tells me, settling into his chair. “This way they can understand the nuances of single origin coffee.” Single origin coffee has beans that come from just one farm, making the flavor profile a lot stronger than coffee that has beans from multiple farms. A coffee bean’s flavor is impacted by variables such as elevation, climate, and soil, so beans from two different farms have two different flavors. George takes a lot of care in selecting beans with the right flavor; he visits each farm, brings beans back to the States and roasts them in small batches to showcase their flavor.

“Cream and sugar is about comfort, and life is complex enough, right?” says George, conceding for a moment to those who cannot even think about drinking their coffee black. He throws his hands up and says, “I drink it like a craft beer. If I couldn’t do that, I’d be outta here in two seconds.”

George Howell Coffee opened in 2004, but George has been making great coffee for over 40 years. Back in the 1970’s, he owned the enormously successful The Coffee Connection, the first Boston coffee shop focusing on light roast flavor. After two decades of business, Starbucks bought The Coffee Connection in its expansion along the East Coast. George later worked for the United Nations, creating a platform for coffee farms to work directly with buyers from all over the world, and shaping the landscape for responsible sourcing that we know today. 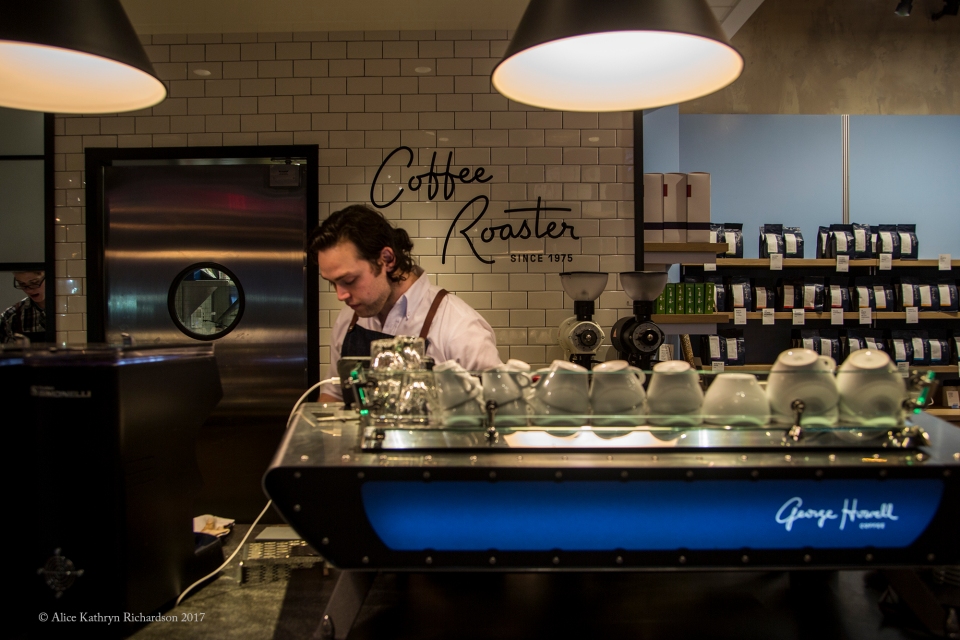 We talk for a few minutes more about his hopes to make this new location a place that combines coffee and culture. The art on the walls comes from Mexico and Massachusetts, the music is a similar blend of international sounds, and in a few weeks, they’ll have honey from Ethiopia as well as Vermont on their shelves. George first started getting into honey when he visited Ethiopia and saw bees pollinating flowers on a coffee bush. Everything comes back to coffee with George. I asked him what was next for George Howell Coffee, and he said “coffee.”

Visit GeorgeHowellCoffee.com for more info about the company. They offer classes every day on coffee, food and more, so visit their events page to find something interesting.